Following a number of violent knife attacks on cab & taxi drivers, PPSS Group have designed the slash resistant clothing brand SlashPRO back in 2016.

I genuinely believe that our high performance slash resistant clothing will help protect cab & taxi drivers, who often work alone at night, dealing with potentially hostile, intoxicated and ‘out of control’ members of the public.

The safety of these professionals has to be paramount, as their job takes them to so many places that can be remote, very dangerous and often without any mobile/cell phone reception. The great variety of people they have in their vehicles represent another obvious, realistic and serious threat to the driver.

Racial harassment and aggressive complains about the fare and serious drunken disorder are now also issues taxi drivers have to face, often on a daily basis… especially at the end of weekend nights when customers have been drinking excessively all night.

A few months ago Jay Waiton, a 60 year old cab driver from Salina (Kansas, USA) was brutally attacked, leaving him with injuries on his head, neck and arms. He commented by saying:  “I woke up and thank the Lord that I was still alive… I guess maybe he thought he killed me and that’s when he stopped. I passed out and I thought I was dead”. These are the words of a cab driver in a civilized country!

Please read some of the following, very recent news:

Although some good personal safety advice for taxi drivers is available on the internet, it is however often not enough to protect these frontline professionals. 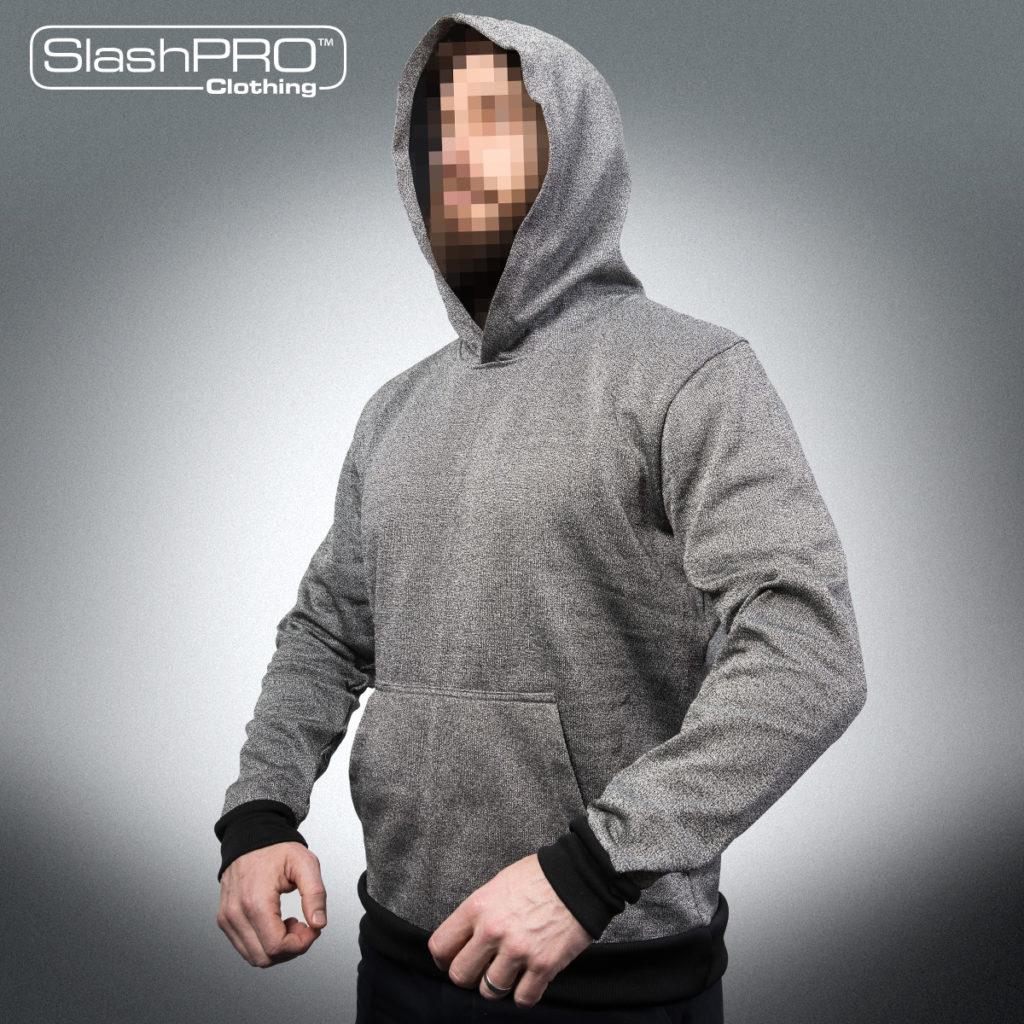 Several cab, taxi and private hire firms have now invested in a number of tools, in order to help improve the personal safety of their employees.  Especially CCTV systems have become a valuable device to combat aggressive incidents, sending a clear signal to the passenger they will be filmed, they will be prosecuted and the video footage will be used as physical evidence in a court of law.

Such ‘preventative technology’ will not do the trick every time, as some aggressive members of the public either don’t care about the potential repercussion following an assault or they are simply so intoxicated they just don’t get it any more.

This is why we need an additional ‘safety net’.  Something that protects us if all the CCTV systems in the world and all the best communication skills and our great personality have failed to stop such attack.

Smart looking and comfortable cut and slash resistant sweat shirts and sleeves can act as such ‘safety net’ and are ideal for taxi drivers and private hire as they 100% concealable.

We need to understand, that a knife attack, which sees the radial artery, the carotid artery or the axillary artery being cut or slashed will under normal circumstances lead to a rapid blood loss and can subsequently cause death within a very few minutes.

I can only encourage taxi drivers to contact us in case they wish to discuss the subject of personal protective clothing or highlighted any acts of violence they have been part of during their career.  We would love to hear from you, as it may well help us to develop additional garments or equipment with your safety and protection in mind.

WIN one of our future ‘Dual Protection Body Armour’